Duke Professors Assess the Fallout from the Ongoing Devastation of Ukraine 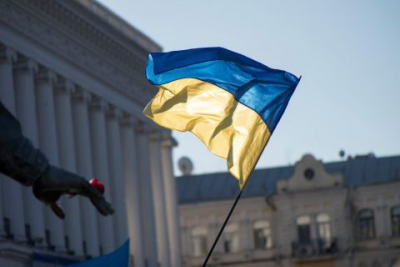 “Delusional strategies do not usually produce good outcomes. Strategies based on a pretty heady mix of lies and prejudice usually do not bear fruit,” said Miles, an assistant professor at the Sanford School of Public Policy who wrote a book about the end of the Cold War.

Miles was one of several professors who offered their perspectives on the war on the ground, the flow of information about the conflict, and the resulting refugee and economic crises before a Duke audience Monday.

Here are excerpts from the discussion, which was moderated by Michael Newcity, visiting professor in the Department of Slavic and Eurasian Studies at Duke’s Trinity College of Arts and Sciences.

Simon Miles, assistant professor at the Sanford School of Public Policy and an expert on Russia and its military:

“We're seeing some evidence of Russian units moving out of Ukraine and going back into Belarus and also Russia, probably to redeploy. You can fix gear, but you can't fix the two biggest weaknesses of the Russian military – and those are culture and morale.”

“Russia's war in Ukraine has ground to a halt on two axes of advance, and the third, in the east on Donbas, is going to be absolutely the priority going forward of the Russian military efforts.”

“I think we're likely to see Russia continue to stall. We're going to see the Ukrainians continue to counterattack, and I'm pretty bullish on their ability to press the advantage that they're making for themselves in some of these areas. The Russians will continue to bombard cities with artillery and aircraft, creating more humanitarian disasters.”

“If you look at the number of asylum applicants to the EU in the years between 2016 and 2020, if you put the five years together, we get 3 million. So we are comparing a one-month shock of 3 million and more, to the number for those five years. So this is just a huge shock for the refugees, of course, first, and also for the rest of the countries that are hosting the refugees in a way that is also unprecedented.”

“The cooperation among the U.S., Europe and other countries is crucial not only to tackle the war, but also to tackle these economic problems that can really damage the world economy and the poorest countries in the world that are struggling to recover from the pandemic.”

“We all understand that telling the truth requires knowledge. And unfortunately in modern media today, I am afraid that it's very hard for me to point at a source that I would unilaterally give that honor to, that they know enough to actually be telling you something that's accurate.”

“There is no way to send anything to Russia, like a package or a letter. No DHL, no FedEx, no Postal Service. This is unheard of. This was never true even in the worst years of the 20th century. All of the ways of getting in and out are disappearing.”

“The isolation of Russia is extraordinarily dangerous and counterproductive for everyone. I don't think I've ever seen this kind of isolation occurring so quickly against a particular country, no matter where it's located. I'm very disturbed by the implications.”